The Monument Immersion Heater Spanner has undergone many iterations from the simple-but-not-so-good flat and cranked immersion heater spanner right up to the 2018 Monument Masters version. 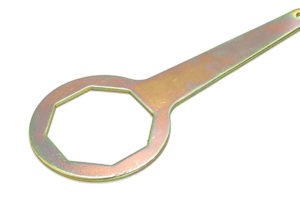 Many years ago Monument bought the remnants of a business. Included were several interesting products that became part of the current Monument range; two of these products were not really up to the job. They were the flat 360Q and cranked 359M handle Monument Immersion Heater Spanners. Investigation of an immersion heater attached to a copper tank showed why…..
Some copper tanks are covered in expanded polystyrene insulation. These flat pressed steel spanners are useless (but inexpensive) without taking a sharp knife to the insulation and ruining the whole purpose of the insulation. So a tool with a much thinner wall thickness had to be provided.
Monument originally supplied the Faithfull Immersion Heater spanners IHS and IHSC until Faithfull resourced the products. Monument also supplied this product to DoItAll in flat and cranked versions. 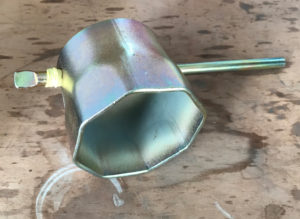 The Monument 358J Immersion Heater Box Spanner somewhat overcame the problem of removing the insulation. A popular product and much copied by Monument competitors. This product has formed part of the standard range in Plumbers Merchants in the UK for a number for years. This product is provided with a tommy bar but when used on a really stuck immersion spanner it’s not quite up to the job. The product is a true box spanner made from tube and sized to 86mm Across Flats A/F. Immersion Heater nut sizes have traditionally been 86mm A/F but there are occasions where the octagonal nut of the immersion heater is sized smaller then 86mm A/F and occasionally with a skewed octagon – this makes making tools to fit non-standard nuts a tricky job for a manufacturer of tools! 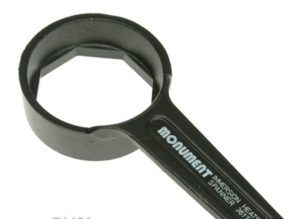 The Monument 361T overcame the problem really well though! What is more, immersion heaters are notoriously difficult to remove from the cylinder as the thread becomes tight over time. The Monument 361T is made from a malleable casting which can be struck to loosen off the nut. Problem solved……. well, nearly….
Monument branded the product for Nerrad Tools and also has private label / own branded the product for  merchant brands of HPS, Trade Instinct as well as in 2018 Entity.
Copyists are everywhere and it didn’t take long for copies to appear of the product. As a result of the copyists and of the desire to create products which help speed up the job for engineers, Monument realised that a new innovative solution was required. Monument approached the Monument Masters to see where the 361T could be improved. Some of the solutions are in the 2018 Monument Masters Immersion Heater Spanner.. 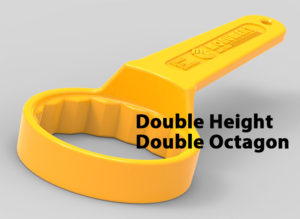 The 20186F Monument Masters version of the Monument Immersion Heater Spanner has been designed in conjunction with the Monument Masters. The product has a double depth double octagon 86mm A/F ring. The double depth allows for raised or proud immersion heaters to be accessed.  There are also some new thinner immersion heater nuts – probably designed to save cost in the manufacturing process of the immersion heater. The double octagon allows for smaller incremental and positional rotational changes  when accessing immersion heaters in awkward spaces. The product is made from a malleable casting which can be struck, just like the original cast version. The 20186F version has also been powder coated in a great yellow colour so that it can easily be seen in the back of a van or toolbox. The 20186F is designed in Britain and #MadeInBritain. 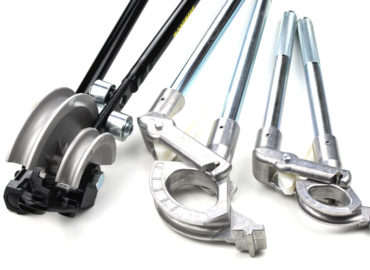